The State Department has notified the public of its receipt of a request for a MOU with Libya.  It remains to be seen how a country with two competing governments, that is over-run by militias and which remains in danger from ISIS can meet its obligations under UNESCO and the CPIA to protect and preserve is own cultural property let alone that which may be repatriated from the US under the terms of any agreement.  Libya needs our help, but that help should be focused on protecting its world class archaeological sites from the depredations of ISIS and other radical Islamic groups. Turning US Customs loose to seize and forfeit "undocumented" "Libyan" artifacts will only harm legitimate trade and the appreciation for Libya's ancient cultures.  It certainly won't help protect Libyan archaeological sites and museums from their greatest threat, which is hammer and explosive wielding religious fanatics. 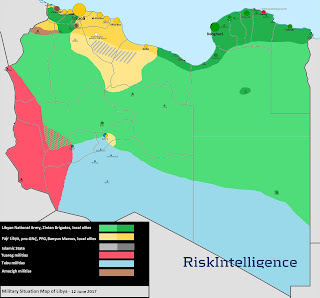 On June 8, 2017, CPO attended a panel discussion entitled, "Preserving Northern Iraq's Cultural Heritage."   The major theme of the event was to document the good work the Smithsonian is doing stabilizing what is left of Nimrud after ISIS dynamited and bulldozed much of the site.

However, the continued hype about the supposed value of ISIS looted material ($80 million!) as well as surprising claims that cultural heritage preservation fights terrorism and fosters minority rights seem calculated to sway Trump Administration and Congressional budget officials as much as anything else.  Indeed, it probably was no coincidence that representatives of the House Foreign Relations Committee were in the audience.

If anything, the American Schools of Oriental Research (ASOR) should be subject to serious scrutiny from appropriators given the $900,000 taxpayer costs of ASOR's cooperative agreement with the State Department, ASOR's efforts to lobby on issues related to that same contract, and the continuing efforts of ASOR members to hype the value of looting by ISIS long after other, more disinterested sources have questioned such hype.
Posted by Cultural Property Observer at 2:31 PM No comments:

This is a great story about the efforts of Virginia State authorities, the Virginia Museum of Fine Arts and CNG, Inc. to find the owner of a box of ancient coins that had been lost.  A happy ending about how government officials and private industry worked together to reunite a collector with his collection.
Posted by Cultural Property Observer at 5:35 PM 3 comments:

The drafters of the CPIA contemplated that import restrictions would give breathing space for source countries to get their own house in order, but they were never supposed to go on forever.  Yet, the State Department and US Customs have extended import restrictions on Peruvian goods for the fourth time.  So, Americans have been limited in their ability to import Peruvian goods from third countries for yet another 5 years.

The extension expands restrictions to colonial era manuscripts although it is dubious that they meet the definition of ethnological objects under the CPIA.  Presumably, the restrictions were put into place to keep Peruvian citizens from selling off old manuscripts to foreigners.  Materials within Peruvian institutions are already restricted from entry in the US under the CPIA's stolen property provisions.
Posted by Cultural Property Observer at 6:56 PM No comments: