Coins Weekly is again soliciting signatures for a petition raising concerns about Germany's proposed new cultural patrimony law.  Proponents in the archaeological lobby and German cultural bureaucracy originally justified the law as an anti-terrorism measure.  However, as the claim that ISIS was heavily funded with stolen antiquities was exposed as a highly exaggerated fraud, the justification changed and the proposal was instead sold as a "soft power" measure to endear Germany to countries like Greece, Turkey, etc.  (Sounds familiar, doesn't it?)  But German cultural bureaucrats like their State Department counterparts seem to be oblivious to the fact that collecting fosters not only the preservation of artifacts, but also the people to people contacts and cultural understanding that should be encouraged, not condemned.   The problem isn't so much some regulation, but rather some draconian requirements that have been discussed.  (Also sounds familiar, doesn't it?)

Dear Coin Enthusiasts all over the World,

The final sprint has started! On April 13, 2016, an expert hearing will be held in Berlin, in the context of the new German Law on the Protection of Cultural Heritage, which we would like to take as an opportunity to present the signatures of our petition to the chairman of the Federal Committee for Culture and the Media.
So, if you see any ways to get us some more signatures, please help us. Dear collectors, you have relatives and friends who may sign due to solidarity. Dear coin society presidents, please remind the members of your society that they have relatives and friends. Dear coin dealers, please send a reminder to your customers. We have often seen the second and third reminder bringing in numerous signatures as well. As of today, we have collected an impressive 44,229 signatures. But, according to recent studies, there are currently 7.7 million coin collectors in Germany only, 6.2 million collectors of stamps, 4.1 million collectors of minerals and fossils, and another 3.6 million collectors of antiques. As you can see, we still have some potential for improvement until April 13!
You can support us in Berlin, too. Please attend the expert hearing. Our article tells you how to do that. And please join us when we hand in the signatures. It would be fine if the politicians in Berlin realized that we do care about the new Law on the Protection of Cultural Heritage!

Please find the link to the petition here.

Yours
Ursula Kampmann
Posted by Cultural Property Observer at 8:26 AM No comments:

What was found at Palmyra after its recapture by Assad forces again questions the narrative that ISIS is looting classical antiquities for profit.    CPO has always thought ISIS serious about its iconoclastic religious beliefs and what was done at the museum in Palmyra supports that.   Valuable classical statuary was destroyed rather than sold.  And what of looting at the site?  According to one archaeo-blogger, the distinct lack of looter's holes on the recaptured site is also "embarrassing" for the State Department's "ISIS narrative."

That is not to say that there is no looting in Syria, but rather that the extent of it has likely been exaggerated. Moreover, isn't it also at least possible that major sellers of classical (as opposed to "acceptable" Islamic antiquities) are associated with the Assad regime, the Free Syrian army and/or destitute refugees (who may be selling family heirlooms rather than recently looted objects) as opposed to the iconoclasts of ISIS?
Posted by Cultural Property Observer at 2:15 PM 1 comment:

State Department Expresses Qualms Over Liberation of Palmyra from ISIS

Russian propagandists are having a field day with our State Department's apparent indifference to the Assad regime's liberation of Palmyra and its scarred  UNESCO World Heritage Site from ISIS.

CPO has serious qualms about repatriating any undocumented artifacts to the Assad regime because of its own part in destroying and looting Syrian cultural patrimony, but, even so, we should all be happy if ISIS is driven away from Palmyra given all the destruction it has caused to the ancient city and death it has visited on the city's modern inhabitants.

In what must be an unfortunate coincidence, the Italian Embassy's March 23rd party to mark the 15th anniversary of a MOU with the United States and its unpopular measures against collectors is taking place on the 96th birthday of Italian Dictator Benito Mussolini's Fascist party.

Of course, Italy's cultural bureaucracy has never really broken from Il Duce's nationalistic views of archaeology as well as the assumptions in favor of state ownership and control found in Italy's 1939 cultural patrimony law that dates from the same era.

As CPO has already observed, perhaps there really is not that much to celebrate after all.
Posted by Cultural Property Observer at 5:22 PM No comments: 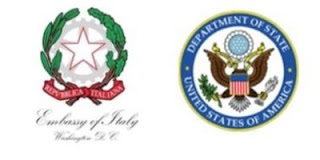 After all, why spoil a good time?
Posted by Cultural Property Observer at 8:17 AM 1 comment:

Please Comment on the Proposed Renewal of a MOU with Greece

The United States Department of State has proposed a renewal of its current Memorandum of Understanding (“MOU”) with the Hellenic Republic for another five (5) years.  Once again, individuals will be afforded an opportunity to comment on whether the MOU should be extended.

Coin collectors in particular should comment to help protect the current exemption for ancient trade coins struck in Greece.  Such coins—which include Athenian Tetradrachms, Corinthian Staters and Tetradrachms and gold coins of Philip and Alexander the Great—are very popular with collectors.

Further official information about a May 24, 2016 Cultural Property Advisory Committee meeting and how to comment by the May 9, 2016 deadline can be found here:
https://www.federalregister.gov/articles/2016/03/14/2016-05671/notice-of-meeting-of-the-cultural-property-advisory-committee

Please also note comments submitted in electronic form are not private. They will be posted on the site http://www.regulations.gov. Because the comments cannot be edited to remove any identifying or contact information, the Department of State cautions against including any information in an electronic submission that one does not want publicly disclosed (including trade secrets and commercial or financial information that is privileged or confidential pursuant to 19 U.S.C. 2605(i)(1)).

What should you say?  Provide a brief, polite explanation about why the renewal should be denied or limited.  Consider the following points:

Finally, you don’t have to be an American citizen to comment—you just need to be concerned enough to spend twenty or so minutes to express your views on-line.  Comments from collectors from Greece are particularly welcome!
Posted by Cultural Property Observer at 1:14 PM 3 comments:

But Are They Discussing the Hard Issues?

The Antiquities Coalition and Middle East Institute have convened another confab for Middle Eastern Governments to talk about "culture in peril."

But was there any discussion of clamping down on corruption that has led to serious thefts in both Egypt and Jordan?

Or protecting private cultural property of individuals and minority ethnic and religious groups?

Or allowing legal antiquities sales to encourage commerce and public interest in the past as is allowed in Lebanon and which used to be allowed in Egypt and other countries?

Sadly, the Antiquities Coalition report suggests there was just more of the same talk of "victimization" and the need for ever more harsh repressive measures with which we have become accustomed. But given the authoritarian nature of the government participants, should that be a surprise?
Posted by Cultural Property Observer at 7:19 AM No comments:

The American Schools of Oriental Research have received over $2.1 million in grants from the US State Department and National Foundation for the Arts and Humanities, presumably to study ISIS and looting and cultural destruction in Syria and Iraq.

What's wrong with this picture?
Posted by Cultural Property Observer at 10:20 AM 1 comment: