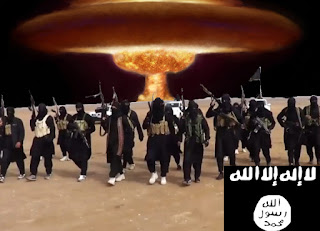 Moreover, both the US State Department and the German Foreign Ministry have recently decided that repatriation is a "soft power" measure that can further foreign relations with source countries in Southern Europe and the Middle East.  And the archaeological lobby can be counted on to be supportive of even the most authoritarian of regimes as long as excavation permits are assured. So, perhaps it should be no surprise that what appears to knowledgeable antiquities dealers to be a fake seized back in March is now being used months later to again claim that there is an "ISIS Crisis" demanding a change in current law on the importing of antiquities.

Serious questions have been raised as to the wisdom of  the current forms of HR 1493/S.1887 in the United States and a new Cultural Heritage law in Germany, particularly now that dubious claims about ISIS and antiquities have been exposed.  So, perhaps this story that appears to have been planted in the New York Times at the behest of  the State Department and archaeological groups in the US and Germany should be viewed more as part of a desperate effort to overcome legitimate questions about this legislation and the new intrusive bureaucracies that would be created in the US and Germany as much as anything else.

Posted by Cultural Property Observer at 8:54 AM

Don't get too excited by a little distortion of truth, remember this academic campaign is really for the greater good and we should bend in reverence to their clarity of vision.