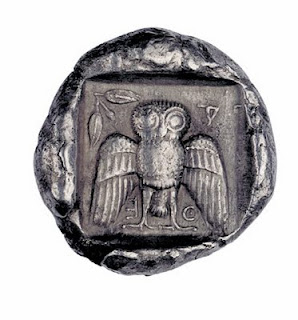 As set forth below, Greek cultural bureaucrats and their allies in the archaeological community have lobbied for the inclusion of coins in the newly announced MOU with Greece.

Yet, why should the US Government preclude American citizens from importing unprovenanced Greek coins when both the Greek National Coin Collection and the private Alpha Bank collection recently accessioned valuable Athenian Decadrachms that also lack a provenance?

Has anyone in the State Department Bureau of Educational and Cultural Affairs told Hillary Clinton that imposing import restrictions will place burdens on Americans that the Greeks themselves won't put on their own citizens and institutions?

And it's not as if these coins likely came from Greek contexts. In fact, the scholarly literature puts the typical find spots of such coins further East in places like Turkey and Syria.

Thus, the Greeks have little basis to claim they were merely buying back what had been "stolen" from them.

Of course, all this was discussed during the CPAC hearing on the Greek MOU. But, did it sink in?